The Technopriests by Alejandro Jodorowsky

As with all reviews on this website, our goal is not to provide a complete overview of the book; rather, it is to examine how the book relates to the meaning of life.

The Technopriests, written by Alejandro Jodorowsky, artwork by Zoran Janjetov, is an eight-issue science fiction comic book series released between 1998 and 2006. Issues in the series include: 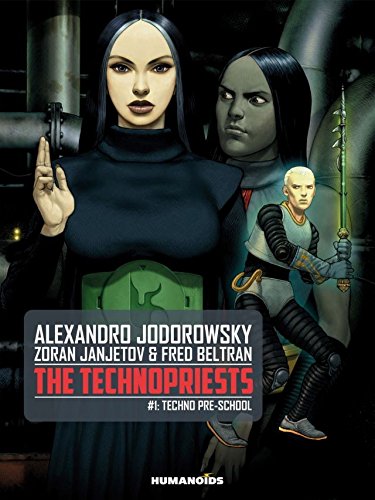 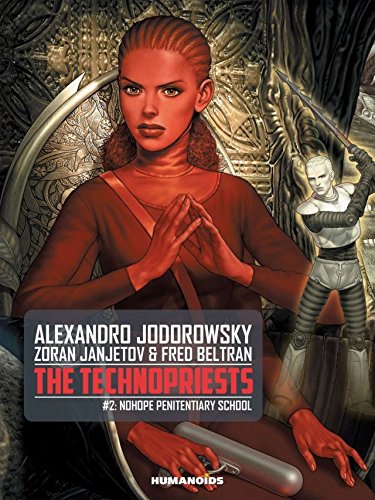 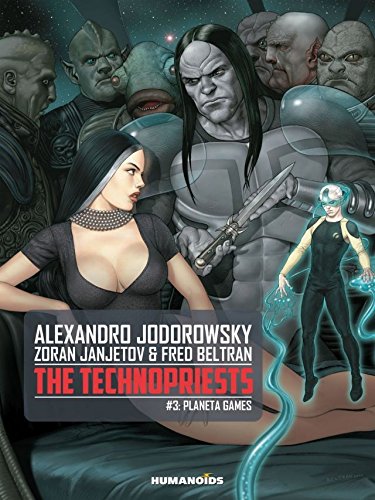 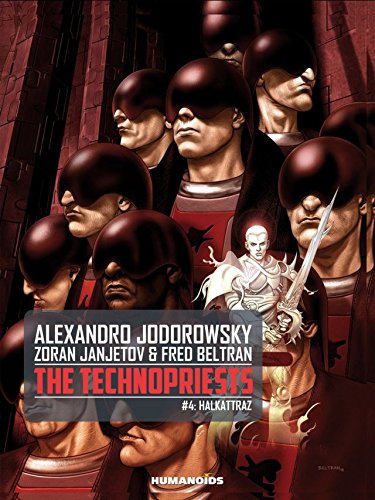 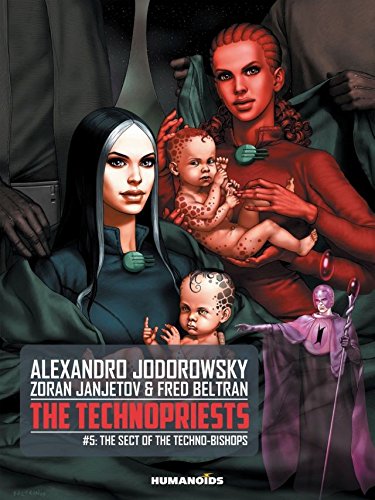 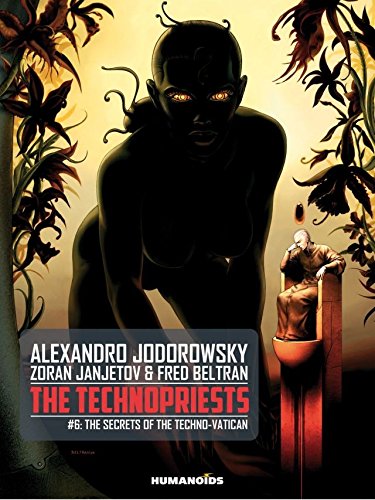 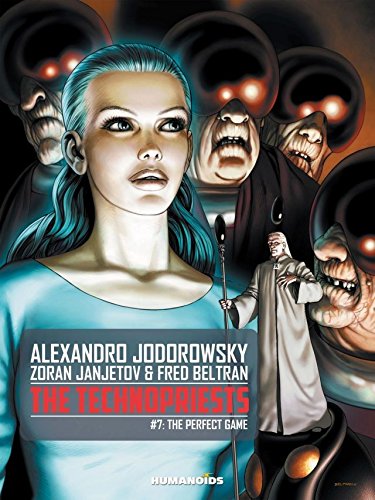 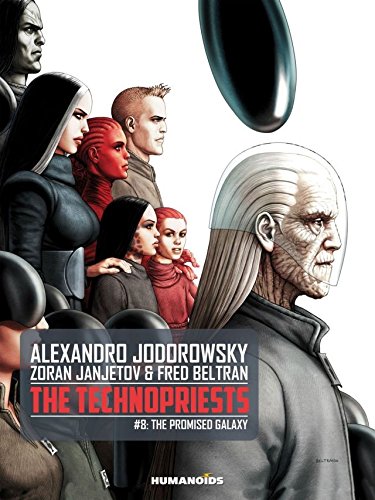 Jodorowsky's story follows that of a character named Albino and his sidekick mouse Tinigrifi. Albino, who would eventually become a Supreme Technopriest, but not before much hardship and heartache. As can be expected in all works by Jodorowsky, Albino would have to endure not only the worst the universe could throw at him, but worse yet, all that humanity could throw at him. With violence and gore galore, this series is for mature audiences only.

Everything begins with Albino's mother, Panepha, who was a virgin priestess destined to become the oracle of the Imperial Palace. At least until pirates killed all her people and three of those pirates ravished her, which eventually led to her giving birth to three children—two sons and one daughter: Almagro, Albino, and Onyx. Almagro was gray, Albino white, and Onyx red (she also had four arms). Believing both Albino and Onyx were unnatural mutants due to their color and other abnormalities, she wouldn't allow them to refer to her as "mother." Furthermore, not only did she work them like dogs, she gave them the lowliest of jobs, e.g., milking guanodonts, making cheese, cleaning floors, etc.

Almagro was her favorite and barely had to work at all, besides giving others orders that is. So he become what we'd refer to today as a mama's boy. Panepha was also driven by an unquenchable thirst for revenge, which is why she got into the cheese business to make a fortune so that she could one day exact her revenge on those pirates that harmed her.

Albino had grander dreams than just being a cheesemaker or seeking revenge. He wanted to become the greatest game creator in the universe—to create fantastic fantasy worlds, a fate he would implore his mother to allow him to pursue. Reluctantly, she does, believing that it will teach him a lesson. Albino would be quick to discover his dream wasn't all it was cracked up to be. Or to summarize, the universe was primarily controlled by an all-powerful cult known as the technoguild that enslaved the inhabitants through meaningless video games, capitalism, etc. Profits always had to be maximized, doubly so if that meant doing it through less than scrupulous means. Triply so if it is done by exploiting people's emotions like fear, jealousy, hate, revenge, greed, lethargy, and rage. An obvious play on out of control capitalize. Those that could not maximize profits, or couldn't handle the training, or were simply against the technoguild died at the hands of the techno executioners.

To create his vision, to create a world not based on capitalism and technology, Albino first has to commit many atrocities, and he had to kill many in the technoguild. As he ages, he gains wisdom and power, discovers himself, and realizes that the human mind is more powerful than technology. As Albino would go on to say in volume six, The entire universe is against my effort to lead you to a pure planet to be found a new society in which healthy human relationships will be valued more highly than scientific advances. Essentially, to become "God," he had to first explore the darkest aspects of humanity, of himself, to save a select few people (500,000) and lead them to the promised land to start anew like Moses of the Old Testament. In order to select the chosen, he creates a video game with no instructions and no apparent purpose. Most give up frustrated at the lack of direction. Only those who stuck with it and figured things out for themselves eventually were able to join Albino on his journey. In his words, I transformed those limited individuals—those living organisms who didn't know how they lived, why they lived or where they were going—into real beings.

Jodorowsky also explores the origins of the universe when Saint Servo De Loyola explains the following to Albino: There exists not just one reality, Albino, but an infinity of realities, all of them virtual ... In the beginning, all the infinite worlds are horrible. To implore them, the coming of a chosen one is required. If he comes, all will flourish, if not, the false reality devours itself and reverts to its state of total nothingness. All matter exists only within a realm of dreams, time is an illusion.

What is most enlightening about the work is the exploration of how people who previously lived very immoral lives can find redemption, can change, and can go on to live meaningful lives. This is a theme that Jodorowsky also explored in the related series called The Metabarons. One character, a bard named Gorth who lusted so fervently after Onyx, that he forcefully made her his wife is found fighting himself in volume eight.

At the promised land, a being creates a mirror image of each person on the planet. To take Gorth as an example, he is split in two. One side contains all his dark thoughts, evil deeds, etc., the other contains his love, his benevolence, and everything that we would consider good. The two try to take each other out, but eventually realize, thanks to Onyx intervening with her love, that they need each other, both were incomplete without the other. Meaning for those in this series is ultimately found through relationships, love, and the "human" connection.

Jodorowsky's Technopriest series is harsh and unforgiving, but so is life for many around the world. At the same time, it is also enlightening, and he tackles a lot of big questions. Are we living in a simulation (a virtual world)? Can people find redemption, even love again after committing atrocities? Can people change? Does life have meaning? But not only does he tackle these questions, but he also does it amazingly well. Other common themes include inner conflict, corrupt capitalism, and violence. There is probably more depth in this series than any other comic book series that I've read to date. As such, it is a must read if you can stomach some of the more mature themes and gore that comes with the Jodoverse. Oh, and yes, cybersaurs (cyber dinosaurs) are a thing.

Before the Incal by Alexandro Jodorowsky

The Metabarons by Alejandro Jodorowsky